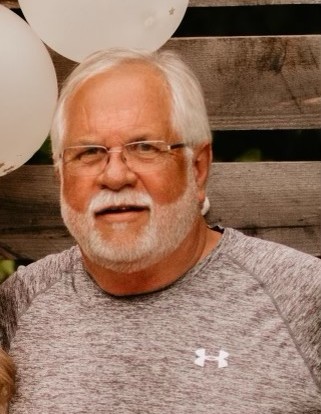 TUPELO – Ricky Leon Presley, after an all too brief but action packed, purpose filled life met his Creator and realized the promises of his lifelong faith in the Lord on Tuesday morning, June 22, 2021. His death was sudden and unexpected.  Rick had a jovial personality, a wonderful gift of storytelling, a love and devotion to his family that was second to none and a spiritual countenance that was the perfect example of New Testament Christianity.  Rick seemed to understand the rhythm of life in simple everyday activities. He loved supremely, laughed and smiled all the time and had a generous and kind heart.  He was a practical jokester and prankster. He did hundreds of commercial voice-overs in his life in that rich, distinctive baritone voice which was highly sought and became legendary. Rick was a man’s man: He was a hard worker, a great family provider and an excellent community citizen. Rick was born August 21, 1955 in Tupelo to Thelma Laverne Plunkett Presley and the late, Milton Leon Presley. He grew up in the Richmond Community, attended Nettleton Schools and graduated from Mooreville High School in 1973.   He married his sweetheart and the love of his life, Maria Cayson Presley on September 1, 1972 in Mooreville. Rick’s first employment was as an off-shore oil rig worker for Odeco Oil Company where he worked many years.  A big, strong man, he was approached by his friend, Larry Michaels, about driving celebrity buses in 1998.  He became a fixture among so many stars and artists and their “chauffeur” on tours throughout the United States and Canada. He loved this job beyond words and the stars loved Rick.  A great music lover, he was an Elvis fan.  At family and friend gatherings, Rick entertained with his homespun gift of southern storytelling.   He was a member of the Richmond Pentecostal Church. His grandsons, Max and Miles Enis, were literally the joy of his life.  Rick’s living was not in vain-he cut a wide path and will be sorely missed by family and friends everywhere.

A service celebrating his life will be held at 2 PM Friday, June 25, 2021 at the Tupelo Chapel of Holland Funeral Directors with Bro. Roger Franks and Bro. Wayne Thorn officiating.  Private family burial will follow in Andrews Chapel Cemetery.  Visitation will be from 5 PM-7PM Thursday and from Noon-service time Friday all at Holland-Tupelo Chapel, which is honored to be serving their friends. For those unable to attend, the service may be viewed at www.hollandfuneraldirectors.com/live-streaming at 2 PM Friday and will be permanently archived thereafter.

He was preceded in death by his father and other relatives, Laverne Whitt, J.K. Parker, Paulette Nix and Faye Boyd.

Honorary pallbearers will be his associate drivers, staff and the entertainers in the Celebrity Coach family.