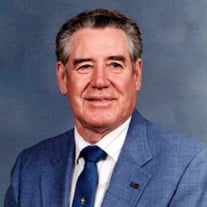 Wesley L. Nicholas, age 92 of Oxford, MS. Was born June 25, 1929 to Charlie and Eutha Nicholas.
He was loved by his family, friends, and many church members he ministered to through 63 years of ministry.

Wesley Nicholas surrendered his life to preach the Gospel of Jesus Christ on January 6, 1957 at North Oxford Baptist Church. He was licensed to the ministry by North Oxford Baptist Church on June 30, 1957 and ordained to the ministry on October 25, 1959. Brother Nicholas faithfully preached God’s word for 63 years until he was just physically unable to continue. He attended and graduated from Clarke Memorial College, and then went on to attend Union University in Jackson, TN and ultimately graduated from Ole Miss.

His ministry has been one of faithfulness. Having served churches in Mississippi, Tennessee, and Alabama, he has touched the lives of countless families and individuals. Only Heaven knows how many individuals have come to know Jesus as their personal savior and Lord through his faithful witness and ministry.

After retirement, he maintained his church membership at the Clear Creek Baptist Church of Oxford.

The family request that Memorial contributions be made to:

The family would also like to extend heart-felt thanks and appreciation to Unity Hospice, Erin Sauceda, Hannah Whitt, and the staff of Yalobusha General Nursing Home.