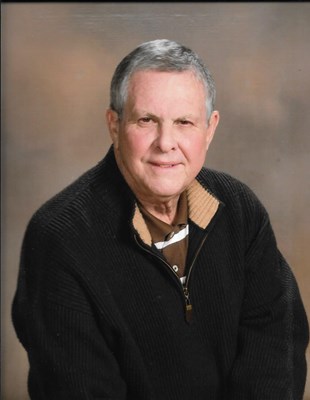 David Roy West, Jr. went to be with the Lord on Tuesday, June 29, 2021. He was born June 5, 1945 in Memphis, TN to David Roy and Lurline Ryan West.
At a very young age David made a true profession of faith in Christ and joined the First Baptist Church of Booneville. He loved the Lord and the church and actively served in various ways.
Educated in the Booneville School System, he graduated from Booneville High School having played middle school basketball and high school football. He was selected “Most Likely to Succeed” his senior year as well as being named a “Good Citizen.”
He attended Northeast Mississippi Junior College and then graduated from the University of Mississippi with a BA in Education. He taught at Lafayette County and at Coffeeville and coached football with Coach Doc Gullet.
His enrollment in the graduate school at Ole Miss was interrupted with a draft notice. He entered the US Army and went through basic training and finance school and then served in the US Army National Guard.
After earning the Master of Education degree at Ole Miss he was employed at NEMCC where he worked in administration with various assignments spending many years as Director of Union Services. He ended his 34th year at Northeast in the Guidance and Counselling department.
He was appointed to and served two terms as a board member for Booneville City Schools. He stepped down from the school board to run for Alderman for the City of Booneville was elected to two terms of service.
An avid golfer and fisherman, he won several trophies and hung several impressive fish on his walls. He actually enjoyed being out in nature more than he enjoyed hunting or fishing. He enjoyed supporting the Blue Devils, the Tigers, and Ole Miss. He loved history and held membership in genealogical groups.
Over years of poor health, he kept a cheerful and optimistic outlook. His faith in Christ was his strength. He dearly loved his family and rejoiced in the lives and interests of his children and grandchildren.

A Celebration of Life will 2:00 p.m. Friday, July 2, 2021 at First Baptist Church with Dr. Bill Duncan, Dr. Lynn Jones and Bro. Jason Reed officiating. Burial will be in Booneville Cemetery. Visitation is Friday from 12:00 P.M. until 2:00 P.M. at the church. Services are under the direction of McMillan Funeral Home.

He is survived by his wife, Rebecca Millsaps West, two daughters – Stephanie West Williford and Elizabeth West Upchurch, two sons-in-law –Joey Williford and Will Upchurch, and four grandchildren – Abigail Williford Aldridge and husband Brad, Joseph West Williford, Isabel Grace Williford, and James David Upchurch. He is survived by many cousins and dear friends and neighbors and one nephew, Ray Millsaps.
David and his family would be honored by memorials to the church or charity of choice. He was especially interested in the support of St. Jude Children’s Research Hospital, Le Bonheur, and the Mississippi Baptist Children’s Village.

Honorary Pall bearers are: Wilbert Walden and the members of the Berea Sunday School Class of the First Baptist Church.