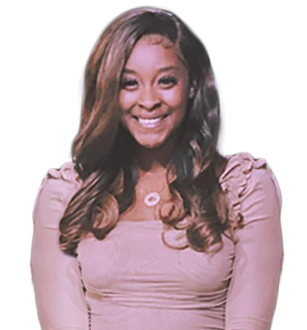 Jessica Leigh Monet Pannell was the realization and fulfillment of prophecy spoken. February 28, 2000, Orlando and Chandra Pannell welcomed a beautiful “sweet girl” known to her father as “Blackie” and as “Jessi” to her mother. Jessica was a special child; her life was different from her older siblings Orlando, II and Anniyah, just as the prophet had spoken to her parents prior to her birth. She was the baby girl, spoiled rotten and a favorite amongst her family and friends.

Jessica spent her childhood years where she was born and raised, in Tupelo, Mississippi. She attended grade school at Rankin and sixth grade at Milam. Her parents relocated to Natchez, Mississippi and she spent her middle school years at Natchez Early College; where she was a cheerleader and instantly became one who stood out from the rest. They returned home to Tupelo, where she spent her high school years singing in the Jazz Choir and with the Madrigals.  She was the first black to join the golf team and they won the State Championship in 2017. Jessica graduated Tupelo High School, Class of 2018. She was an over-achiever and one who excelled in everything she did. She was a senior at the University of Southern Mississippi, where she was a chemistry major working on a pre-pharmacy track.

Jessica was raised in church and knew she was fearfully and wonderfully made. She was devoted to her church, Davis Temple Church of the Living God in Tupelo, Mississippi, led by Bishop Levora Davis. Her father later became pastor there and also the pastor at The Message Center in West Point, Mississippi. Jessica served well at both of her churches as a praise team leader, psalmist, praise dancer, soloist, and oratorical speaker. Jessica was a true worshipper; she had the heart of God. She was a talented and highly anointed singer who sang like an angel.

Jessica was fascinated with family and strongly believed in F.O.E. (family over everything) and was well loved by her family. She was the life of the party and there was never a dull moment when she was around. She loved family gatherings! Her smile was contagious, and her laughter could lift the spirits of others. Her wit and charm caused her to be a “favorite” in her maternal and paternal families. There was no one like Jessica Leigh Monet Pannell.

Jessica lived life to the fullest! She was a fashionista and super model, never a hair out of place and always had her makeup flawless. She was Instagram “famous.” Her favorite pastime was roller skating. Her accolades include winning First Runner up as Ms. Hospitality for Pontotoc county, AKA Debutant Cotilion, Oratorical Speaker at NMYC (National Youth Music Conference), AKA scholarship recipient and Star Search winner for Kierra Sheard (professional gospel artist).

In her short life, Jessica made a major impact and left a lasting impression as she departed on July 25, 2021 leaving her parents: Elder Dr. Orlando and Chandra Pannell, her brother: Orlando Pannell, II and his son Orlando, III; her sisters: Anniyah Pannell Barry, her husband Tydarius and their daughter, Annslee and India Thomas, her husband Bradley and their children Miracle, Memorie, Majestii and Nation; her grandparents: Sammie and Annie Staples, and Jessie and Annie Pannell; her godparents: Kim and Adrian Morris and Thurston Lee; her godsisters: Hannah Brown and Jasmine (Jeff) Snow; her aunts: Bernice Staples, Tawana (William) Agnew, Cassandra (Jeffery) Jackson, Angela Pannell, Sherita Pannell, Shamaine Pannell; her uncles: Alfrazo (Teresa) Pannell and Samuel Staples; and a plethora of great aunts and uncles, cousins and countless friends.

Funeral services are pending awaiting the results of medical examinations from the State Crime Lab/Medical Examiners Office and will be announced by Holland Funeral Directors-Tupelo Chapel.  Services will likely not be before the first weekend in August.