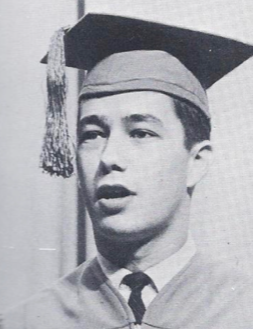 Tommy was a native of Jackson, MS, and received all of his early education in the Jackson Public Schools. He graduated from Murrah High School in 1961, where he was President of the Senior Class. Tommy was an early participant in sports with brothers Billy and Jerry, and was a member of Jackson’s first Little League teams playing on Lakeland Drive. He played football and baseball through high school and especially enjoyed being a member of the Mississippi Valley Gassers American Legion State Champions. Tommy did his undergraduate studies at Southwestern at Memphis (Rhodes College), where he was a Baker Scholar and member of the SAE fraternity. While attending the University Medical Center in Jackson, Tommy received multiple academic awards while leading his class each year.

Tommy served as a Captain in the U.S. Army Medical Corps at Brooke Army Medical Center, Fort Sam Houston in San Antonio, TX, and at the U.S. Army Aviation Center, Fort Rucker, Alabama, where he practiced orthopedic surgery. Following military service, he completed a neurosurgery residency at the University of Alabama – Birmingham, and thereafter practiced with Neurosurgical Associates of Birmingham. After their children were grown, Tommy and wife, Linda Trewolla Windham followed their strong desire to return to Mississippi by moving to Oxford. He spent 30 years there practicing neurosurgery, while Linda and Tommy enjoyed their passion for support of Ole Miss Athletics and Academics.

Tommy was preceded in death by parents W.D. and Edna Windham, sister Sue Windham, and brother W.D. Windham of Houston, TX. He is survived by wife Linda, sons Taylor Windham of Oxford and Tom Windham, Jr., of Kalispell, MT, daughter Susan Wood (Luke) of Jacksonville, FL, and brother Jerry E. Windham of Oxford. Linda and Tommy have been married for 58 years and have six grandchildren – Barner and Windham Wood of Jacksonville, William and Clayton Windham of Oxford, and Sarah and Taylor Windham of Kalispell. Tommy is also survived by brother-in-law David Trewolla and wife Susan of Brandon, MS, nieces Page Robertson (Elliott) and Linda Trewolla of Madison, MS, and nephew Davy Trewolla of Ridgeland, MS, who were all very dear to him. He is also survived by nephews William Windham, David Windham, Jeffrey Windham and Richard Windham of Houston, TX.