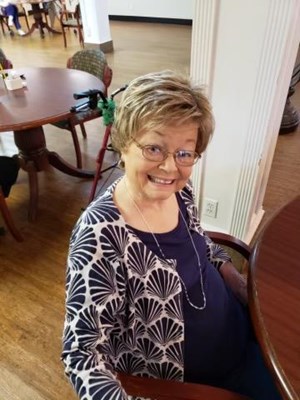 Shirley Ann Thompson Lowry of Pontotoc, went to be with her Savior and Lord on Tuesday, July 27, 2021. She was the only child of the late Loyd and Earline West Thompson. She graduated from Algoma High School in 1954 as valedictorian and attended Itawamba Jr. College.

She married the love of her life, Carl C. Lowry, on April 4, 1959. Shirley was a faithful member of First Baptist Church of Pontotoc, where she taught Church Training Union, Girls in Action and served on various committees in her younger years. She was a faithful prayer warrior for her family and her friends.

She retired from First National Bank in 1999 after 18 years as secretary. She was previously employed as bookkeeper at Houston Public Schools and Three Rivers PPD. After retiring Shirley enjoyed attending antique auctions and estate sales. She loved her family and enjoyed spending quality time with her children, grandchildren and great-grandchildren.

There will be a private graveside service for the immediate family. Browning Funeral Home in Pontotoc is honored to assist the family with the arrangements.

She was preceded in death by her parents and her husband of 59 years.