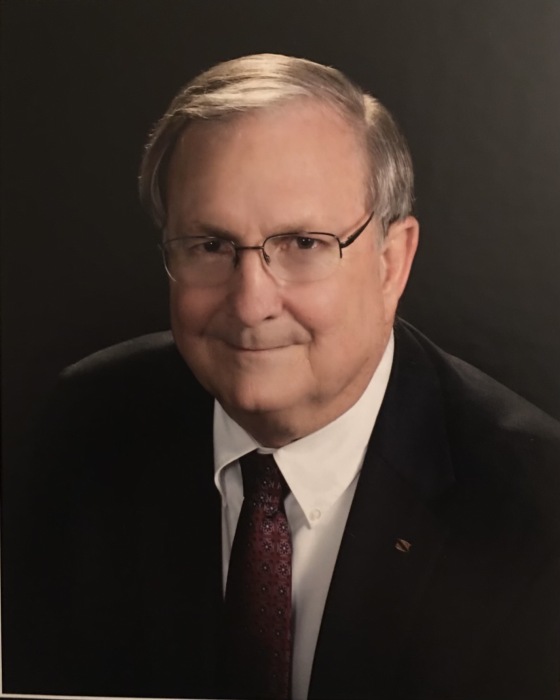 CORINTH – Gregory Caradine Page was born on July 12, 1946, to Fred Harold Page, Sr. and June Caroline Young Page. Greg was a Tupelo native and long-time resident of Corinth, MS. He passed away unexpectedly in Spartanburg, SC, on August 20, 2021, while visiting his daughter.

He was preceded in death by his father, Fred Harold Page, Sr., and his brother, John Clifford Page. He is survived by his wife of 48 years, Deborah Savell Page; his daughter, Carrie Leigh Page Drake and son-in-law Nicholas Drake of Spartanburg, SC; his son, Matthew Gregory Page of Watford City, ND; and his beloved granddaughter, Cecilia Rose Drake. Also surviving are his mother,  June Young Page Bean of Picayune; his brother, Fred Page and sister-in-law, Diane Page of Tupelo; sister Debbie Page Humphrey of Picayune; sister-in-law Ruth Page of northern Virginia; and numerous nieces and nephews.

Greg began his teaching career as a band director at Union High School where he taught for 13 years. Under his direction, the Union High School Band became recognized as one of the leading bands in the state. It was in Union that Greg took a band on its first “big trips” to Enid, Oklahoma, and to Disneyworld. While in Union, Greg was named the Outstanding Educator of the Year, Outstanding Young Man of the Year, and was named Star Teacher on two occasions.

He then moved to Starkville as Director of Bands, where he served his alma mater for seven years. While he was in the position, the Starkville High School Band continued its unparalleled tradition of success in performance. Under his leadership, the Starkville High School Band traveled to several performance venues throughout the southeast and to Washington, D.C. to perform for President Reagan’s first inauguration, as well as to Romania and Austria where the band’s performances were received to great acclaim. He also led the band on a tour to Canada and several sites in the northeastern United States. While in Starkville, he served as a Marching Director of the Mississippi Lions’ All-State Band in 1981, when the band won first place in the International Lions’ Parade.

Greg’s next band director position was at Murphy High School in Mobile, Alabama. Under his direction, the Murphy High School Band performed at the Lord Mayor of Westminster’s New Year’s Parade in London, England, and the Thanksgiving Day Parade in Philadelphia, Pennsylvania. With a colleague, he formed and led the South Alabama Honor Band for a summer European tour.

Greg returned to Mississippi as band director at Corinth High School where he worked until he retired from teaching, taking students to New York and Washington, D.C.

During his long and successful tenure as a band director, Greg devoted his time unstintingly to his “band kids” for whom he cared, motivated toward excellence, and taught a love of music to prepare them for life beyond band and school. Through his accomplishments Greg gained the respect and admiration of colleagues across the southeast. He was also a strong proponent and active member of the Mississippi Bandmasters’ Association, where he served terms on the executive board. He was also a member of the Alabama Bandmasters’ Association, the National Band Association, the Music Educators National Conference, and served as state chairman of the American School Band Directors’ Association.  He proudly served as state president of the Mississippi chapter of Phi Beta Mu.

After retiring from teaching Greg wanted to continue to serve as a mentor to young educators by guiding them as they traveled with their students. As a teacher and as a charter bus driver on weekends and summers for many years, Greg had been an active participant in all aspects of group travel. After retiring from teaching he set out to parlay the wisdom and experience of many hard and happy years into a trip planning service that would cater to band directors and teachers who wished to offer their students amazing travel experiences. From this goal was born Page Travel Service, Inc. in the fall of 2001. Within six months the company had expanded its services as Corinth Charters and Tours, a full service charter bus company. Greg bought his first bus the next spring and began a 20-year career as owner and president of the travel company, which grew as he applied the same standards of excellence to his second career that he had required in his first. Corinth Charters and Tours is a recognized and respected name in the travel industry throughout the southeastern United States.

While Greg devoted his life of service to two careers that spanned 55 years, his central devotion was always to his family, for whom he provided love and memories that add to his legacy of inspiration. To his friends across the country, he will always be remembered for his kind and respectful character.

In lieu of flowers, the family requests that memorials be made to establish the Greg Page Memorial Scholarship. Donations may be made to the Mississippi State University Foundation designated for the Famous Maroon Band in memory of Greg Page through msufoundation.com or via mail to PO Box 6149, MS State, MS 39762.

Due to Covid and the family's desire to protect themselves and their friends,  there will be a private family service at First Baptist Church Corinth on Tuesday with burial following at Lee Memorial Gardens in Verona. Holland Funeral Directors – Tupelo Chapel (662 840 5000) is honored to serve their friends.  Please sign the registry book and share memories on his memorial page at www.hollandfuneraldirectors.com.