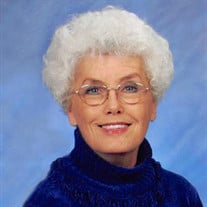 Smithville – Patsy Cowley Horne was the daughter of the late Alvis Cowley and Claude Brook Cowley. She was born in the Cowley’s hillside home in Smithville, Mississippi on September 12, 1935. In 1964, Patsy and her beloved husband Jack would build their home on the same hillside. On August 30, 2021, in her cherished home, the same place that Patsy began this life would be where she entered the Kingdom of Heaven. She drew her first heavenly breaths with her loving family by her side.

Patsy grew up in the Pearce Chapel community and attended Smithville Schools. She was an accomplished basketball player and always kept her active lifestyle. Patsy had a love for competition, a trait she kept her entire life. Later in life, whether she was playing dominos with family or fishing on her family pier, Patsy wanted to win. She was a graduate of Smithville High School and Itawamba Junior College.

She enjoyed her job as secretary for Smithville High School (SHS) for over 25 years. She is remembered warmly by former students of SHS for her kindness and beautiful smile. She always enjoyed that she was greeted by students, teachers, or staff from her years at Smithville School any time she was out in the community with Jack.

“Hey, Jack Horne”. That greeting from one 7th grader to another from the window of a school bus sparked a lifelong romance. Jack proposed to her many times over the next few years. After their high school graduation in 1953, Jack enlisted in the Unites States Marine Corps and Patsy accepted his proposal. They were wed on May 6, 1955 while Jack was home on leave. Patsy and Jack began their marriage in San Clemente, California where Jack was stationed following his service in Korea. When Jack was discharged from the Marine Corps they moved back to Mississippi and began their family. They often recalled their year in California fondly, but Mississippi was home. Patsy once told a family member that the key to a great marriage is “to love the other person more than you love yourself.” Jack and Patsy Horne always held true to that advice. Their love for one another was apparent in every facet of life. They were blessed with 66 plus years of true devotion to each other in a beautiful marriage. Even an occasional “disagreement” about how Sunday lunch was to be prepared was always followed by a loving smile or a restoring shared laugh to make amends.

Whether it be the Smoky Mountains, Rocky Mountains, Montana, or Wyoming Patsy and Jack loved to travel together. Often, or rather every time, Patsy would convince Jack to leave their travels earlier than expected just to return home to see her family.

Patsy loved the Lord and showed her faith through her many acts of kindness, giving, and compassion. Her family would tell you that she spent her entire life giving of herself for them and was selfless in all circumstances.

Her four children, grandchildren and great grandchildren were the light of her eye. Patsy enjoyed following them in all their many sporting, theater, dance, and choir activities. She often would prepare a Sunday lunch and everyone would happily gather on her hillside. Surrounded by her loving offspring, Patsy would remind them that family is everything! Family vacations were noisy, wild and full of laughter and she loved every minute. She was never happier than when her entire family was gathered around her. Many peaceful hours were also spent on her family’s waterway pier where she kept Jack busy baiting hooks and releasing fish.

A great woman, she poured so much into the lives of others in her beloved Smithville community. She will be missed dearly, yet all who knew her are assured that she is healed and enjoying God’s kingdom.

In addition to her parents, she was preceded in death by her brothers, Jimmy Cowley, Dudley Cowley, and Victor Brook Cowley; sisters, Ruby Williams and Dorothy Noe.

Visitation for family and friends will be from 2:00 pm until the service hour at the church in Smithville. Memorials in lieu of flowers may be made to the Vanderbilt-Ingram Cancer Center, Nashville, TN.
*Pastor Gardner says masks are provided but not required