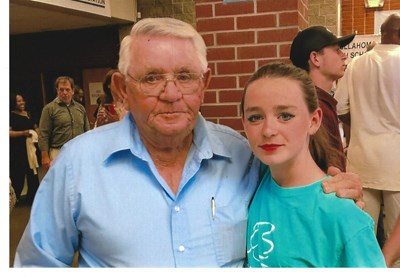 David Gene Stepp, age 78, passed away on Tuesday, September 28, 2021 at NMMC in Tupelo. He was born November 5, 1942 to Harvey Manuel and Mary Jane (Mamie) Roberson Stepp. Gene was a member of Thaxton Baptist Church. He was a graduate of Thaxton High School and had worked as a sales representative for a linen company, owned S and S Dry Cleaners and Laundry Service, worked at a service station, drove a tour bus and delivered medical supplies. Gene was a U.S. Army veteran of the Vietnam War, having served from 1965 to 1966. He was a member of the American Legion Post 16 and the Vietnam Veterans Organization. Family was very important to Gene and he treasured time spent with them. He loved his dog “Lucky” and his horse “Lady”. Gene enjoyed his land and was an avid Ole Miss Rebel fan.

He was preceded in death by his parents; two sisters, Mary Frances Stepp Sutton and Hazel Stepp; and a brother, Sonny Stepp.

Visitation will be from 4 to 7 PM Thursday and from 1 to 2 PM Friday at the funeral home.