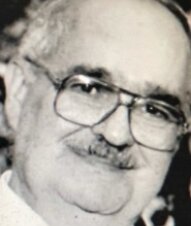 He was born in Nimmons Arkansas on November 20, 1936, to the late Donald and Louise Akers. He attended the University of Arkansas, and Mississippi State University where he received his masters and doctorate in electrical engineering. He served 21 years in the United States Army, and taught in the electrical engineering department at MSU, retiring in 2000. During his tenure at MSU, he served as the faculty advisor for the Vietnamese Club, Amateur Radio club, and was also selected by Mortar Board as Professor of the Year in 1997.
He was a member of First United Methodist Church where he served as technical director for the televised Sunday morning services. He was on the board of governors of the Wesley Foundation. He was also a Gideon and Mason. His hobbies were amateur radio, photography, astronomy, and wood working.

In addition to his parents, he was also preceded in death by his wife, Sara Fridenberg Akers, and wife, Betty Ajax Akers, and brother, Noel Akers.

There will be a private graveside service with immediate family present.