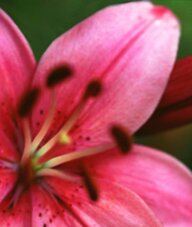 Gerald Wall of Starkville passed away Saturday, August 21, 2021 following an extended battle with
pneumonia complications. He was born November 14, 1949 in Brookhaven, MS to Malcom and Winnie
Wall.

He graduated from the University of Southern Mississippi with a bachelors of accounting degree in 1971.
Gerald spent most of his career working for Garan Inc in various locations and positions.

Gerald was a man who enjoyed giving back to his community and was involved in civic organizations wherever he lived. He especially enjoyed his time working with the Starkville Jaycees and treasured the
relationships formed over thousands of hotdogs for MSU sporting events. We converted him from
a USM eagle to a diehard Mississippi State Bulldog. He would have loved to see the Bulldogs win that
national championship, but was much too ill.

Gerald was preceded in death by his parents Malcom and Winnie, sister Gloria Davis, and beloved
Brother-in-law Kenneth Davis.

Gerald is survived by his wife of 42 years Cindy and his son Mack of Starkville, his brother Bill (Brenda) of
Hensly, AR, his sister Joyce (Carl) Lowe of Baton Rouge, LA, nephews Ken and Keith Davis, Ben and Brad Lowe, Bobby Bennings, and niece Tonya Hulett, his multiple nieces and nephews of love through his marriage.

Visitation will be Tuesday, August 24 at Adaton Baptist Church from 11-1 with the service immediately
following with burial in the church cemetery. Reverend Hal Selby will conduct the service.