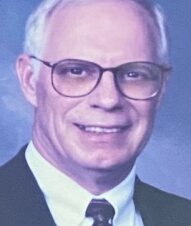 Dan Stumpf was born in Braddock, Pennsylvania to John Robert and Dora Stumpf (née Purman). Dan graduated with Honors from St. Francis Preparatory School in Spring Grove, Pennsylvania. After graduating High School, Dan attended St. Francis College in Loretto, PA. Dan joined the Air Force in 1961 and remained active until 1969. During his time of service, Dan earned a Bachelor’s of Arts in Political Science from the University of the Philippines. In May of 1972, Dan graduated from the University of Missouri-Columbia with a Master’s in Education. Dan continued his education at the University of Missouri-Columbia, in which he went on to obtain his Doctor of Philosophy in Education in 1974.

After obtaining his doctoral degree, Dan accepted a position as the Technical Supervisor of the Industrial Education Section of the Career and Adult Division of the Missouri Department of Elementary and Secondary Education in Jefferson City, Missouri. In 1974 Dan accepted a position as an Associate Professor and Chairman for the Division of General and Technical Studies at Indiana University Northwest in Gary, Indiana. In 1978 Dan became the President of Madisonville Community College in Madisonville, Kentucky, a position in which he held until his retirement from the college in 1997. From 1997 to 2001, Dan held the position of President of Productivity Behavior Groups and Associates in Madisonville. In 2001 Dan accepted a position as a Project Coordinator for the Community College Leadership Program at Mississippi State University, Starkville, MS. Shortly after taking the position, Dan became an Associate Professor for the same department, and remained an Associate Professor there until his retirement in the Spring of 2017.

In the Summer of 1976, Dan met the love of his life, Carolyn Suzanne Stumpf (née Parker), and they were soon married after on December 17, 1977. Dan was a man of many dedicated interests, namely gardening, cooking, firearms, and coin and cigar collecting. Dan was an avid supporter of Boy Scouts of America and fulfilled many roles within the organization over the years. Dan was also a student of the practice Martial Arts and earned his Black Belt in Shotokan Karate. Most importantly, Dan was very dedicated to his family and his Catholic Faith. Dan was a member of St. Joseph Catholic Church, Starkville, Mississippi and donated to several Catholic Charities from around the world.