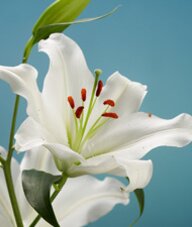 Dr. Read was born in Elko, NV to the late Jake and Peggy Read. He graduated from Oklahoma State University with a degree in Agronomy. He worked for the USDA for 31 years and contributed to the research community of agronomy where he was highly regarded by many colleagues.

After years of involvement in the Boy Scouts with his son, honoring our active and veteran military members became an enthusiastic pastime of his as he participated in many service activities and ceremonies.

He was preceded in death by his parents and two brothers.