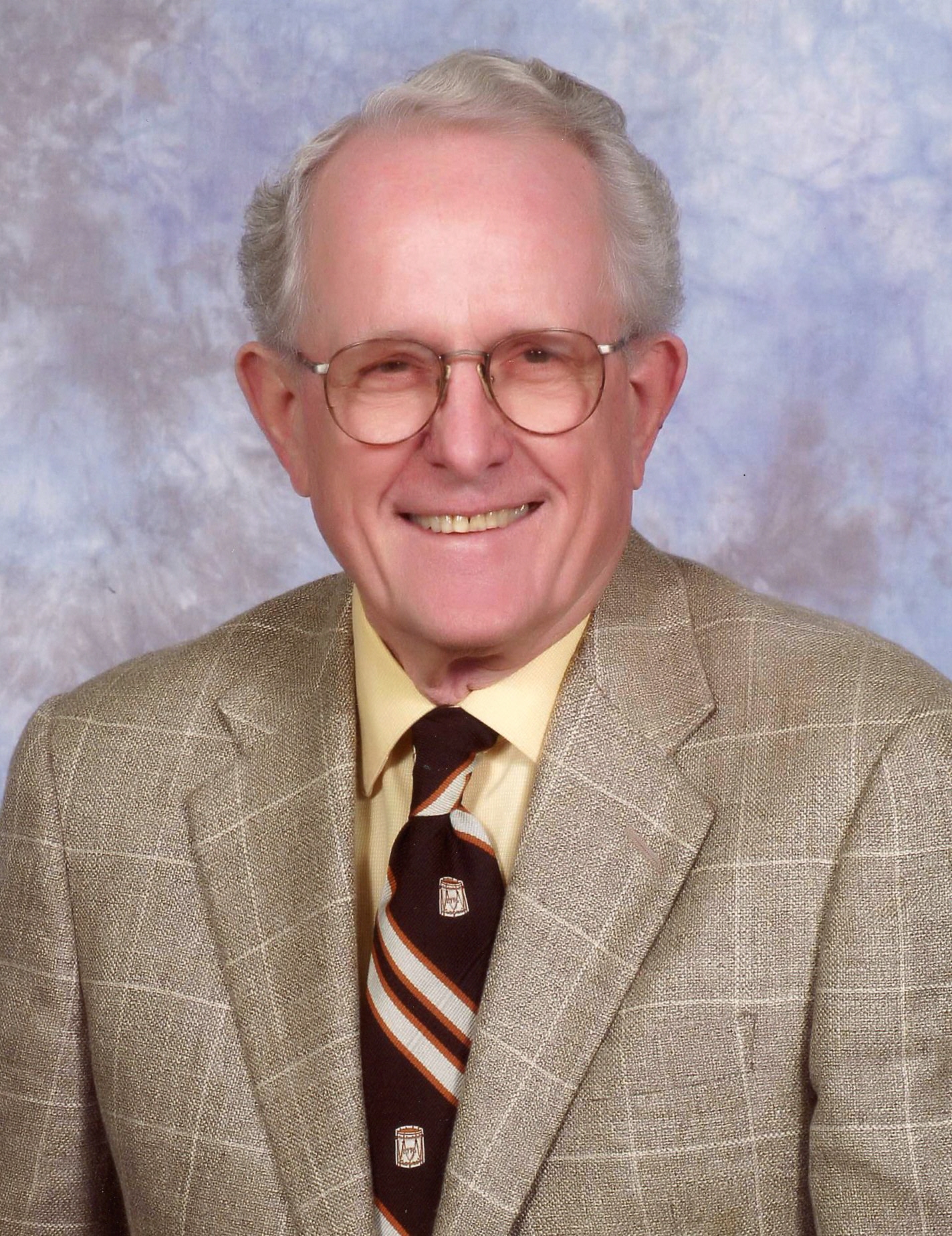 Dr. William Clair “Bill” Baker, passed away at his home in Oxford, MS on November 30, 2021, at the age of 91. The service will be held at Oxford University United Methodist Church on Friday, December 3, 2021, at 2:00 P.M. with visitation one hour before at 1:00 P.M. in the Atrium of the church. There will also be visitation on Thursday from 4:00 P.M. – 6:00 P.M. in the Atrium of Oxford University United Methodist Church. Burial will follow in Oxford Memorial Cemetery.

Born in Louisville, MS to the late Helen Hathorn Baker and William Held Baker, Bill grew up in Macon, MS and graduated from Macon High School. He earned a BS in Chemistry from Millsaps College and was a member of the Kappa Alpha Order Fraternity. He was also included in their Court of Honor.

He graduated with a D.D.S. from Loyola School of Dentistry, where he was a member of Psi Omega Dental Fraternity and a member of the Pierre Fauchard Academy.  He was a veteran of the United States Air Force where he served as  Captain in the Dental Corps stationed in Japan. He came to Oxford in 1958 and began his dental practice and continued until his retirement in 1996. He was recognized as a life member of the American Dental Association and the Mississippi Dental Association.

Bill served as Alderman, Ward 5 and Alderman-at-large for fourteen years for the City of Oxford. He was especially proud to serve as Oxford enacted the city’s first comprehensive plan in over thirty years, which established a blueprint that resulted in such things as Gertrude Ford Blvd., FNC Park, and the Conference Center. As Richard Howorth, former Oxford mayor reflected, “Bill Baker was a great Oxford booster who was effective in converting his enthusiasm into action.” Bill served on the Board of Directors for United Way and on the Oxford Lafayette Community Health Foundation Board. After his tenure as Alderman, Bill worked tirelessly for the betterment of Oxford. He fully supported the expansion of the Tennis Center and John Leslie Courts and worked diligently to make it a reality for his community. In 1995, his wife, Julia, joined Delta Delta Delta sorority as House Mother, and Bill became “House Dad” for 10 years, where he was affectionately known as Dr. Bill.

Bill and Julia were members of the Ole Miss Athletic Foundation and spent countless hours cheering on the Rebels in football, baseball, and basketball. Bill was a member of the “Beacon Coffee Club” for years, which for many members began at Smitty’s.

He was a faithful and longtime member of Oxford University United Methodist Church. He served in many capacities as a Sunday School teacher, usher, member of the Administrative Board, Church School Superintendent, Lay Leader, Board of Trustees, and Futures Committee. Most notably, Bill was known as the West Sanctuary Entrance Doorkeeper, where he appointed himself and greeted several generations of parishoners. Through the years, Bill Baker has been known as Doc, Doc Baker, Dr. Bill and finally as GranDoc to his grandchildren, who adored him.

He is survived by his loving wife of 61 years, Julia Boren Baker; his three children, Margaret Helen Baker of Oxford, William Clair Baker, Jr (Jennie), of Hattiesburg and Allen Boren Baker (Brandy) of Water Valley; five grandchildren, Nicole Baker Davis (Reed), William Baker III, Curt Baker, Maddie Vollbracht and Slade Vollbracht; and his brother Dr. Martin Baker (Suzanna) of Hattiesburg; and a host of nieces and nephews. The family would like to thank Pontotoc Health and Rehab and Encompass Hospice for their care and love for Bill. They have truly been a blessing.

In lieu of flowers, memorial contributions in Bill’s honor can be made to Oxford University United Methodist Church, 424 South 10th Street, Oxford, MS 38655, or online at ouumc.org/giving or to any charity of your choice.