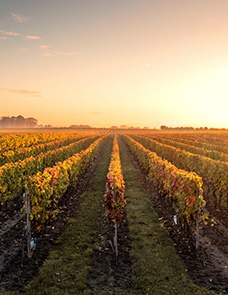 MARIETTA – Roy Green finally went home where he has longed to be for the past two months around sunset on Wednesday, March 2, 2022. He passed away peacefully at North Mississippi Medical Center’s Baldwyn Nursing and Rehabilitation unit and was joyfully reunited with his wife of 52 years, Brenda, whom he has been lost without for almost two years. They married on December 29, 1967 and built their life in Marietta. They loved their community and were members of Marietta Church of Christ. His family is comforted by the fact that he is no longer in pain and suffering and has eternal peace reunited with her. Roy was born on June 21, 1942, the first day of summer, his favorite season and the longest day of the year, in Marietta to Horace Hunter Green and Vera Harris Green. He graduated from Marietta High School and attended Northeast Mississippi Community (Junior) College. He served in the Army for a brief time in Baltimore, Maryland before returning home to devote the rest of his life to his second biggest love, farming. He spent his life growing various crops including soybeans, cotton and corn and buying, selling and raising cattle and worrying about weather. There was always too much rain or not enough but it always seemed to work out. He was happiest on a tractor in a field planting, plowing, tilling, fertilizing and diligently tending to every minor detail involved in the process of getting a seed into the ground and back out as a finished product. Everything he did before, during and after the process was done meticulously. He expected the best and settled for nothing less from himself or his children. There were and still are three ways of doing things: the right way, the wrong way and the Roy way. His children and everyone who knew him knew and will always know what the Roy way was and is.

Roy served for a brief time as supervisor for the 4th district of Prentiss County during the early to mid-90s. He served on various boards and committees in the county over his lifetime including the Northeast Mississippi Community College board of trustees and Prentiss County Farm Bureau. He believed in doing what he could to better his community and he took special interest in contributing to anything that would advance and improve the industry of farming. For that reason, he had a special place in his heart for Mississippi State University and its commitment to advancing and improving the agriculture industry. He loved his Mississippi State bulldog basketball team and enjoyed discussing and critiquing their season each year.

Roy was a people person and loved meeting new folks and hearing about their lives and their families. He never met a stranger and after just a brief encounter with anyone he would know most of their life story and what made them tick. He had a gift for being able to talk to anyone from anywhere about anything. He loved to read and he kept up with current local and worldwide events. He had a special knack for being able to predict what would happen next regarding world events and he was typically correct. He also loved watching old westerns on television. He loved his grandchildren and loved hearing about their lives and activities and wanted them to grow and thrive and be happy and healthy. He sometimes dispensed advice, as well, to them and his daughter and son.

Roy was one of a kind and there will never be another. He will be profoundly missed by his family as he was a force in their lives. He was preceded in death by his wife, his parents, his two sisters, Freda Pace (Bob) and Polly Ann Roberts. He is survived by his son Clay Green (Kim), his daughter, Meloney Green, his granddaughters, Madelyn Lindsey and Bella Green and his grandson Coy Green. His brothers in law, Odell Roberts and James Harold Moreland and sister-in-law Janice Moreland also survive him along with Marie Moreland, sister-in-law. A special sister-in-law, Kathryn Chaffin, also survives him. Kathryn has been especially near and dear to him and his children over the past 4-5 years. She was with him and his family through all the trials of the past several years and is appreciated and loved more than words can express. He also leaves behind a host of nieces, nephews and friends. Pallbearers will be: Freddy Geno, Terry Hunkapillar, Terry Moore, A.C. Nix, Tommy Shields and James Austin Stennett. Honorary pallbearers will be: Marty Barron, Robbie Caveness, Jamie Chaffin, Chuck Follin, Jeff Lindsey and Josh Moreland. His children would like to extend a special thanks to his home health nurses, Jamie and Samantha, at Kindred Home Health, Dr. Thomas Putnam and his staff, especially Kristie and Lauren, and all the staff at Baldwyn Nursing and Rehabilitation facility especially his nurses who went above and beyond to see that he was cared for. Roy loved them all.

Funeral services will be at Waters Funeral Home on Saturday, March 05, 2022 @ 5:00 p. m. with Bro. Ronnie Livingston and Bro. Tony Brown officiating. Burial will be in Pleasant Valley Church of Christ Cemetery.