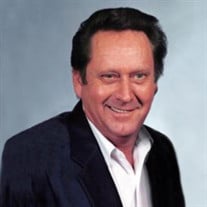 James Taylor “Jimmy” Dykes, Jr.
Amory – James Taylor “Jimmy” Dykes, Jr., 75, finished his work here on earth and was reunited with his wife in Heaven on Wednesday, March 9, 2022. He was born on October 17, 1946, in Carolina Community in Itawamba County MS, to the late James Taylor Dykes, Sr. and Juanita Rosebud Stephens Dykes.
Jimmy grew up in Carolina Community and attended school in Nettleton MS and went to work at an early age. Jimmy learned early the value of dedication, hard work and he quickly began to learn many important skills which would stay with him the rest of his life. He also served his country, by enlisting in the Mississippi National Guard and later enlisted in the United States Navy, where he proudly served during the Vietnam Era as a Machinist Mate aboard the USS North Hampton (CC1) He was a patriot through and through he always fully supported any type of Military or Veteran program in the Community. Jimmy appreciated the sacrifices made by others so that he could live in this great country. He was a member of the Sons of the Confederate Veterans as well as the local VFW chapter.
After moving to Amory, MS, he owned and operated two different businesses in town. He owned Gulf Service Station as well as Jimmy’s Muffler Shop, and also did exhaust work at Muffler Master and Buck Woods Firestone. He could fix just about anything. Through the years, he served many families in the community and made them smile, laugh, or just gave them a hard time when they came to visit him.
Jimmy believed in God and was a member of the New Bethel Baptist Church. He met and married his best friend, Shelby Davis, and together they were blessed with over 53 years of marriage. God gave them three children, 4 grandchildren and 7 great-grandchildren, all of whom gave him great joy. Family meant the world to him and they knew how much he loved them.
In his free time, he loved to do anything outdoors, especially fishing and he was a lifetime member of the Bass Masters Club. Jimmy enjoyed teaching others the skill of fishing and he spent many the afternoons with his grandson Remington or his close friend, Roy Randolph. He liked to listen to the Golden Oldies, Country and Rock and Roll while working outside.
Jimmy was such a great father, brother, grandfather, and he had an amazing work ethic. He was a friend to many in the community and he blessed his family greatly through the years. His presence will be greatly missed by all.
He is survived by his daughters, Lisa(Jim), Baldwyn, Juanita(Joe), Becker; son, James Taylor Dykes III Hawaii; grandchildren, Jessica Goode, John Taylor Corbell, Memory Reeves, Jacob Reeves; great-grandchildren, Remington, Jase-lee, Mackenzie-Lynn, Ember, Novalee, Charleigh, Jazmine, Jesse, Whitlee; brothers, Robert Wayne Dykes (Annette), Amory, Terry Dykes (Debbie), Blue Springs, and Jerry Dykes; sister, Stephane; sister, Diane Englehardt (Amory); brothers, Robert Harold Davis, Ralford Q. Davis Jr. and a host of nieces and nephews.
He was preceded in death by his loving wife, Shelby Dykes; ,his father, James Dykes, Sr.; his father in law Ralph Davis, his Sister Valerie Quinell Davis Dykes, his sister, Sharon Dykes; His brother-in-law William Englehardt, his sister in law Dorothy Dykes and his daughter-in-law, Lita Dykes
A Celebration of Life Service, with Military Honors, will be on Monday, March 14, 2022, at 1:00 PM, at E. E. Pickle Funeral Amory, with Chaplain James Campbell officiating. Burial will follow in Nettleton Cemetery, Nettleton, MS with Pallbearers being Jacob Reeves, Jessie Reeves, Ken Randolph, Eric Benson, Ryan Benson, and Dennis Benson.
Visitation for family and friends will be on Monday from 12:00 pm until the service hour at the funeral home in Amory.
Donations in lieu of flowers may be sent to the Disabled American Veterans, PO Box 14301, Cincinnati, OH, 45250-0301.
Memories and condolences may be shared with his family at epicklefuneralhome.com.