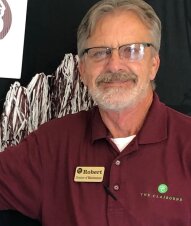 Robert Ernest Lomen, 63, passed away on March 1, 2022, at his residence in Starkville, MS. He was a military veteran who served in the Army, Navy, Navy Reserves, and Air Force Reserves. He formerly worked as a trauma nurse for many years, then worked as director of maintenance at the Claiborne.

He was preceded in death by his parents, Thomas Lomen and Doris Henderson Lomen.

He is survived by his brothers, David (Loree), Paul (Janet), and Mark Lomen (Jennifer); his sister, Gloria Larson (Dave); his sons, Sean Lomen (Jessica), Brad Lomen, Stephen Lomen; his daughter, Meagan; and his grandsons, Hayden, Mason, Tucker, and Kaceson Lomen; and his 8 nieces and nephews.

HE WAS LOVED BY ALL AND WILL BE MISSED BY ALL.

Visitation for Mr. Lomen is scheduled for Monday, March 7, 2022 from 12:00-2:00 p.m. at Meadowview Baptist Church in Starkville, MS, with the funeral service immediately following in the church sanctuary. Burial will be in Memorial Garden Park Cemetery in Starkville. Rev. Jason Middleton will conduct the service.