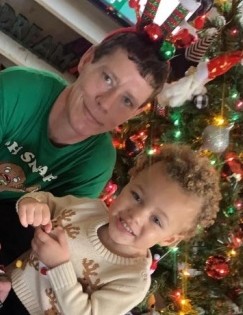 Casey Lynn Jahns died Wednesday, April 6, 2022 at North Miss. Medical Center after suffering an apparent stroke.  She was 42 years old. Casey was born in Tupelo on July 10, l979. She lived most all her life in Lee County.  An adventuresome soul, Casey lived life to the fullest and cut a wide path.  An animal lover, she cherished her dogs, Carley Sue and LuLu.  She loved contemporary music and was an avid fan of Michael Jackson.  Very smart and well read, she was a Conspiracy theorist and enjoyed following “Ancient Alien” on the History channel.  She grew up in the Assembly of God Church.\

A service celebrating her life will be held at 2 PM Sunday, April 10, 2022 at the Sadie Holland Memorial Chapel at Holland Funeral Directors-Tupelo with Pastor Judd Vowell officiating.  Visitation will be from 1 PM-service time on Sunday only at the funeral home.  For those unable to attend, the service may be viewed at www.hollandfuneraldirectors.com/Livestreaming.

Casey is survived by her mother, Brenda Jahns Griffin of Tupelo; her siblings, Blain Bush (David) of Nettleton, Brandy Williams, Kelly Williams, Shelly Williams, Ariel Griffin and David Seth Griffin all of the Tupelo area; a step daughter, Alaina Boyer of Myrtle; numerous nieces and nephews whom KK or Aunt Casey loved and carried as often as possible to the Tupelo Water Park to play.  She was preceded in death by her two dads, Charlie Williams and David Griffin and her grandparents, JR and Linda Ferguson and Wilma Williams.