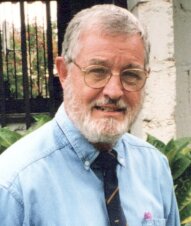 Fred was born on January 17th, 1932 in Spring Creek, WV, son of the late Fred and Ruby Taylor. He received his bachelor’s degree from Virginia Polytechnic Institute and his master’s and doctorate from North Carolina State University. He moved to Starkville in 1965 and served as a professor and Assistant Director of the Mississippi Forest Products Utilization Laboratory at Mississippi State University. He enjoyed traveling, camping in his camper, hunting, playing tennis, working in his backyard workshop and MSU girls’ basketball. He was a woodworker and craftsman and enjoyed making furniture and other items for his home, children, grandchildren and friends.

Fred was a dedicated Christian and was a member of the Starkville Church of Christ where he served as a deacon for many years. He had a heart for missions and worked tirelessly with World Bible School, even travelling to Zimbabwe to encourage some of those with whom he studied. He also was a great supporter of Family Life Missions and made several trips to Por Los Niños Children’s Home in Honduras, where he put his skills as a carpenter and general handyman to good use.