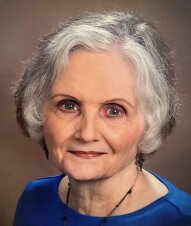 Joan graduated from Yazoo City High School, and she received a B.S. in Elementary Education and a B.S. in Commercial Education from Mississippi State University.

She was a longtime member of Starkville United Methodist Church, and she was integral in the development of the Mother’s Day Out at FUMC.

Joan was preceded in death by her parents, James E. and Alice C. Luster; and her brother, James E. Luster, Jr.

The visitation will be at Welch Funeral Home in Starkville from 12-2 PM on Monday, April 18, 2022, with a graveside service to follow at Memorial Gardens in Starkville at 2:30 PM, with the Reverend Jim Genesse presiding.