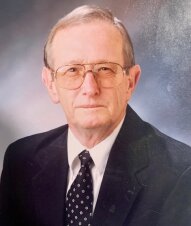 He was a noted rural sociologist and pioneered development of the Mississippi Alcohol Safety Education Program, which working with the Mississippi State Department of Health, law enforcement officers across the state, and the Mississippi Department of Public Safety, established a system of alcohol treatment programs.
He worked with the National Highway Traffic Safety Administration and state agencies to test the effectiveness of short-time probation for rehabilitation of those first-time driving under the influence offenders earning one of the larger federal program awards for the MSU Social Science Research Center to that date.
In addition to coordinating other transportation-related programs dealing with child restraint safety systems in vehicles and motorcycle rider helmet safety, his work is published in refereed scientific journals and numerous reports and earned him The Award of Honor for outstanding contributions to traffic safety evaluation research.

He was on the faculty of the Southeastern School of Alcohol and Drug Studies, and a member of the International Committee on Alcohol, Drugs, and Traffic Safety.
There is a research survey laboratory at the Social Science Research Center honoring his work.
He was appointed by Oktibbeha County/Starkville officials to the Region 7 Mental Health Commission in the early 1980s and served two terms, one of which he provided leadership as chair of the six-county oversight panel for Community Counseling Services.

He loved music, Mississippi state University athletics, and enjoyed family, especially grandchildren. Free time would find him outdoors enjoying his bird dogs – real lemon and white pointers, as well as those dogs who just wanted-to-be. He served in the United States Army after a stint in Army Reserve Officer Training Corps training while at MSU.

The Rev. Landrum, 84, who held the master’s degree in divinity from the Colgate Rochester Divinity School in Rochester, New York, and an undergraduate degree and the master of arts in sociology from Mississippi State University, was stated supply at numerous Presbyterian churches during his career ranging from his work – while in divinity school – as an assistant minister at Central Presbyterian Church in Rochester, N.Y., to his last pulpit in the First Presbyterian Church (USA) in West Point, Mississippi. His greatest love of ministerial service was leading observance of the Eucharist and he would often travel to homebound parishioners to provide the service.
He was the son of Harley “Monk” Landrum and Sarah Ellen Halliday Landrum and was born in West Point, MS April 25, 1937.

For a period during his career, he was director of the Mississippi State University YMCA and during that service he was called upon to provide a venue for Mississippi civil rights advocate Fanny Lou Hamer to speak on the MSU campus, despite the strong objections of the state College Board. That act earned him a file in the infamous state Sovereignty Commission’s records.