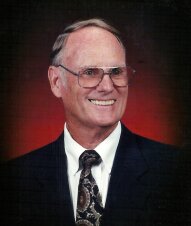 Dr. Douglas Wayne Houston died at home in Starkville, Mississippi, on June 8, 2022, at the age of 89. Wayne was born in Sylvarena, Mississippi (Smith County), on April 30, 1933, to Ethel Joseph and Gertrude Gardner Houston.

Wayne grew up in the Sylvarena community where he graduated from Sylvarena High School in 1951. He then went to Mississippi State University where he earned his Bachelor’s, Master’s, and Doctorate degrees in Agronomy. In between earning his degrees, Wayne served in the U. S. Army for two years during the Korean Conflict.

Dr. Houston began working for the Extension Service at MSU as a Soil Testing Leader and Soil Scientist. Throughout his 33 years with the Extension Service, he also served as Cotton Specialist and Weed Specialist. In 1995, Dr. Houston retired from the Extension Service as Leader of the Extension Agronomy Department. While at Mississippi State, he was a member of many professional organizations. After retiring from MSU, Wayne worked in the private sector for two chemical companies: TERRA and BASF.
Wayne fully retired in 1997, but he continued to be active in various organizations including the National Active and Retired Federal Employees Association and the Oktoc Community Club. He volunteered many hours to Memorial Garden Park Cemetery where he helped maintain the grounds and served on the Executive Committee. Wayne always planted a big garden, enjoyed camping, and to his family, he was the one to call on when something needed to be repaired.

Wayne was a Christian and a member of First Baptist Church, Starkville, for over sixty years where he served in many capacities including thirty-five years as deacon. He enjoyed being a member of the Bain Sunday School Class.

Wayne is preceded in death by his parents; a brother, Joseph H. Houston; and a sister, Myrtle A. Bankston.

In lieu of flowers, memorials can be made to the First Baptist Church, Starkville, Children’s Building Fund.

The family would like to thank Mildred, Ethel, Elizabeth and Jean who cared and endeared themselves to the Houston family and to Baptist Hospice of Columbus staff who gave excellent and loving care.