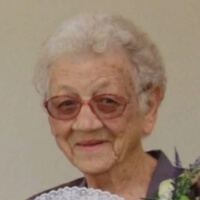 Betty R. “Meema” Kelly left this world to join her Lord and Savior on August 16, 2020. Betty was born on October 2, 1934, to Billy and Lottie Bowles. She resided in Brewer Community where she spent most of her time doting on all her grandkids and great-grandkids. Betty was also active outside. She spent her mornings and afternoons watering and pruning her flowers and fig bushes. Meema had the personality of a saint. Whoever she met it was with indifference, lots of smiles and plenty of warm hugs. She was a member of Brewer United Methodist Church for 75 years. She was a servant of the Lord, always doing His work for others. Betty was a graduate of Shannon High School. Afterwards, she went to work with F.W. Woolworth Co. for 30 years, Colonial Bread Co. for 13 years and Lee County Multi Purpose Center for 16 years, when she finally retired at the ripe age of 80 years young. She was a member/volunteer of the MS Council of the Blind of North MS in which she was presented with the Humanitarian Award.

Memorials may be made to the Mississippi Council of the Blind of North MS. or Brewer United Methodist Church.

Graveside Services will be 11 AM Wednesday at Brewer Cemetery with Rev. Ed Temple officiating and Mr. Joe Dye delivering a Eulogy. Lee Memorial Funeral Home is entrusted with the arrangements.