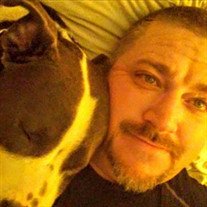 Stephen Lance Chism, 42, passed away on Friday, September 4, 2020 at North Mississippi Medical Center in Tupelo. Born in Amory on September 17, 1977, he was the son of Steve Chism and Debra Colburn Thompson. Stephen attended Smithville High School where he played football and was a member of the state championship team. He was a self-employed carpenter and loved to hang out with his friends and especially his son, Hunter. Whenever he could, he enjoyed riding around, hunting, and fishing and he loved his dog, Boomer.

Funeral services will be at 1 p.m. on Monday, September 7, 2020 at Cleveland-Moffett Funeral Home in Amory with Chad Chism speaking. Burial will follow in Young Memorial Gardens.

Survivors include his father, Steve Chism (Anita) of Amory; his mother, Debra Colburn Thompson of New Albany; one son, Hunter Chism of Smithville; two daughters Haley and Hope Chism of Amory; two sisters, Tracy Carmikle of New Albany and Misty Hughes (Bill) of New Albany; his grandmother, Mary Nash of New Albany; and a host of friends including Eddie Harlow his friends from Broken Lives Ministry.

He was preceded in death by grandparents, Earnest and Maxine Chism, and by a daughter, Hollie Chism.

Condolences may be shared with the family at the funeral home.