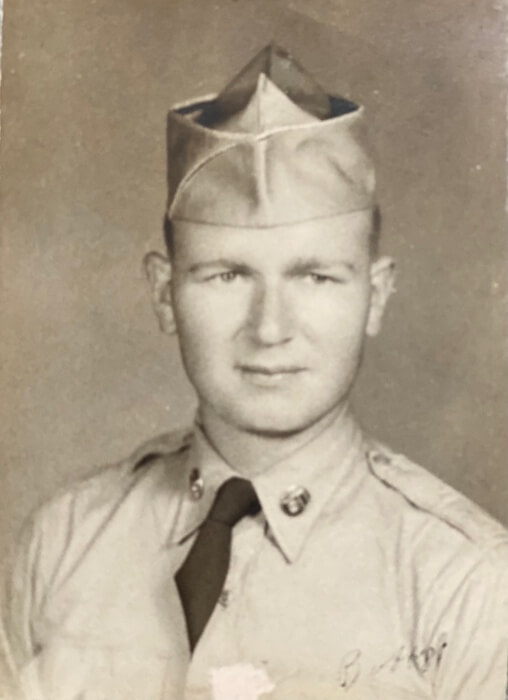 Tupelo-Lawrence O’Neal Pope, 88, entered the Portals of Heaven on Thursday, January 7, 2021 from the Reed Greenhouse at United Methodist Senior Services-Traceway Manor after an extended illness.  Born in Baldwyn, Prentiss Co., Miss. on Feb. 11, 1932 to the late Odie and Lucille Terry Pope, Lawrence attended the public schools of Baldwyn.  He worked as a truck driver for Mid-South Packers until their closing.   He had previously worked for Carnation Milk Plant in Tupelo and Long’s Laundry.   An industrious man, Lawrence served in the U. S. Army during and post Korean War.  He was a longtime member of Hughes Chapel Church.  He loved his large family and particularly enjoyed grilling for his children and grands.  He collected knives, enjoyed fishing and was an avid Atlanta Braves Baseball fan.  A patriotic American, Lawrence was a member of the American Legion and drove the transport van for the Veterans Administration after retirement.

A private family service celebrating his life will be held at 1 PM Saturday, Jan. 16, 2021 in the Tupelo Room of Holland Funeral Directors-Tupelo Chapel.  Interment will follow at Tupelo Memorial Park Cemetery on Joyner St.  Visitation will begin at Noon Saturday, 1/16/21 only.

Lawrence is survived by his wife, Billie Jean Davis Pope of Tupelo; his sons, Neal Pope (Gina) of Fulton, Paul Wayne Pope (Shelia) of Saltillo and Tony Rodgers (Tammy) of Tupelo; his daughters, Reba Vess (Joe, deceased) of Baldwyn and Sandy Rhodes (Jimmy) of Horn Lake; 18 grandchildren two of whom were special to him as his caregivers, Alice Randall (Eddie) of Tupelo and Jennifer Pope (Adreinne) of Fulton; 18 great grandchildren and 2 great-great grandchildren.   He was preceded in death by his parents, his son, Mike Pope, his sister, Ruby Wren, a brother, Levi Pope and a grandson, Alex Pope.

Condolences may be posted at hollandfuneraldirectors.com