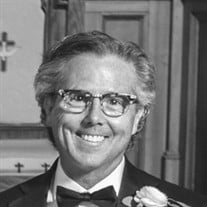 Roy Thomas Sappington died Saturday, August 7, 2021. He was 66 years old. Tommy was born in New Albany, Mississippi on November 19, 1954. He graduated from W.P. Daniel High School in 1973 and from the University of Mississippi in 1977. He was a member of First United Methodist Church in New Albany.
From an early age, Tommy helped his parents, Roy Harold and Hollis, operate what began as Sappington’s Dry Goods Store in downtown New Albany. Tommy married Martha Carolyn Ladner Sappington in 1983 and together they bought the business in 1986. Tommy and Martha Carolyn ran T. Sappington and Co. for over 35 years, skillfully navigating an ever-changing economy to run a successful small business while competing against shopping malls and the advent of online shopping. With the help of his wife, Martha Carolyn, Tommy was able to find ways to evolve and keep his store successful and relevant.
A man of immense artistic talent, Tommy was able to survive lean business years through his extraordinary skill in woodworking. He was a member of the Craftsmen’s Guild of Mississippi, and among many other honors, was chosen to build a wooden ornament for the White House Blue Room Christmas Tree in 2000, which is now displayed in the Smithsonian. He used his talents to restore many historic buildings, to help restore the 1907 Coca-Cola advertisement in downtown New Albany, to build beautiful artistic boxes, and to complete many other projects.
A tireless advocate for his hometown, Tommy was a pioneering member of the New Albany Mainstreet Association. He worked for much of his career to aid in the revitalization of downtown New Albany through advocacy and hands-on work like assisting in many restoration projects, even hand-painting light poles downtown. The vibrancy of downtown New Albany is due in large part to Tommy’s hard work. On March 10, 2021, a bill was passed in the Mississippi Legislature to honor Tommy’s contributions to New Albany and to the state of Mississippi.
Sappington’s was a true family business, and Tommy was known for treating customers like family. Customers, friends, and family remember his overwhelming generosity and kindness. He made children feel welcome by engaging them in conversation and by giving away accessories from his store. He often gave away clothing to those he felt were in need. He was always willing to help anyone who asked, and much of the work he did in the restoration of buildings downtown was done freely. Recently, he was known for building handmade wooden crosses to give away to customers and friends for encouragement during the Covid-19 pandemic.
Tommy was known for being impeccably dressed and the consummate gentleman. His bright smile, sense of humor, and eye for good clothing earned him loyal customers across many generations. While locals viewed him as an irreplaceable member of the community because of his warmth and welcoming personality, the many visitors to his store from all over the world were treated with the same hospitality. He loved welcoming visitors to Sappington’s by sharing his love for New Albany, his passion for woodworking, and his interest in a wide variety of topics including music.
Tommy was a faithful member of his church, an avid golfer, and a friend to all who knew him. Tommy especially enjoyed his family. He was beloved by his wife and children, and adored by his grandson, Trey.
Tommy is preceded in death by his parents, Roy Harold and Hollis Sappington. He is survived by his wife, Martha Carolyn Ladner Sappington; his sister, Mary Alice Sappington Ivy; his daughter Jenny Sappington Thompson (Rod) of Memphis, TN; his son, Albert Sappington (Kelli Anne) of Tupelo, MS; and his grandson, Trey Thompson.
The funeral will be held at First United Methodist Church of New Albany on Thursday, August 12, 2021. Visitation will be from 11:00 a.m. to 1:30 p.m. in the sanctuary, and the service will follow at 2:00 p.m. In lieu of flowers, memorials may be made to First United Methodist Church, P.O. Box 156, New Albany, MS 38652. Due to COVID-19, masks are strongly encouraged during the visitation and service.